Valve announced a delay of the release date of DOTA2 until Q2 of 2012! The rumors were true after all. We here at dota-two.com are ready to take the b(f)lame and the “told you so!”s. As it seems, you were right and we were wrong. Valve has not been silent because of some marketing strategy, on the contrary although they would want to say a lot more about the game, they cannot!

After an official announcement from Valve, the release date of DOTA2 is getting postponed until the 2nd Quarter of 2012 due to Development difficulties.
As the official announcement states, the work has been a lot more than originally anticipated and the lead designer [Icefrog] has not been as productive as he’d want to be.

This is a severe blow to the DotA community who were waiting for a news update from Valve desperately. We are all shocked from the news especially since we know that Valve tends to be a “bit late” when it comes to release dates anyway, having even a term for it the infamous “Valve Time”. This would mean that indeed the game production is still in a very early stage and if add any Valve time on that new release date, then we will be looking at a very very late release.

Regarding the “botch” at the Facebook and Twitter channel posting the following message: “RE: RE: you need to sign up tetx”, it appears it is nothing more than part of a conversation between two employees of Valve’s Marketing Department. The two embarrassed employees, after publicly apologizing for their misleading mistake, stated that the accidental post happened during an-email discussion regarding how to make an announcement through the official dota2.com website.

The reasons for this remain unknown yet numerous rumors report that it has to do with the game’s newly hired Lead Designer, [Icefrog], and his strangely cold character. They go on, talking about a peculiar noise he, [Lead Designer], was doing every now and then that drove his colleagues mad and caused a general disruption in the DOTA2 Cabal at Valve’s HQ.

Dota-Two.com, though shocked, will still be around despite the terrible news we just learned and try to keep the community united and the hype for the game up.

UPDATE: Happy April Fool’s Day everyone! In case you didn’t spot it, the easter egg was at the inverted Valve logo and the hidden message is this.

Forgive us if this was a shock to you! 🙂 We hope you enjoyed this as much as we did. 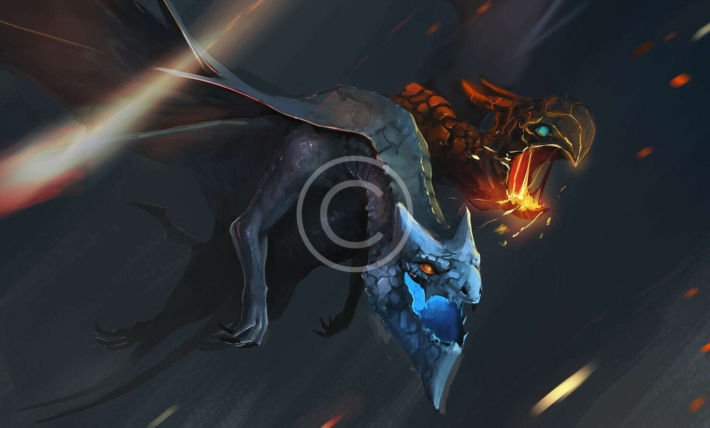